Winter skin refreshment for you

This is why it’s good for you

Thanks to the Neoderma® capsule’s complex ingredients it interferes with the skin’s aging process.

I’ll try it on my own skin! 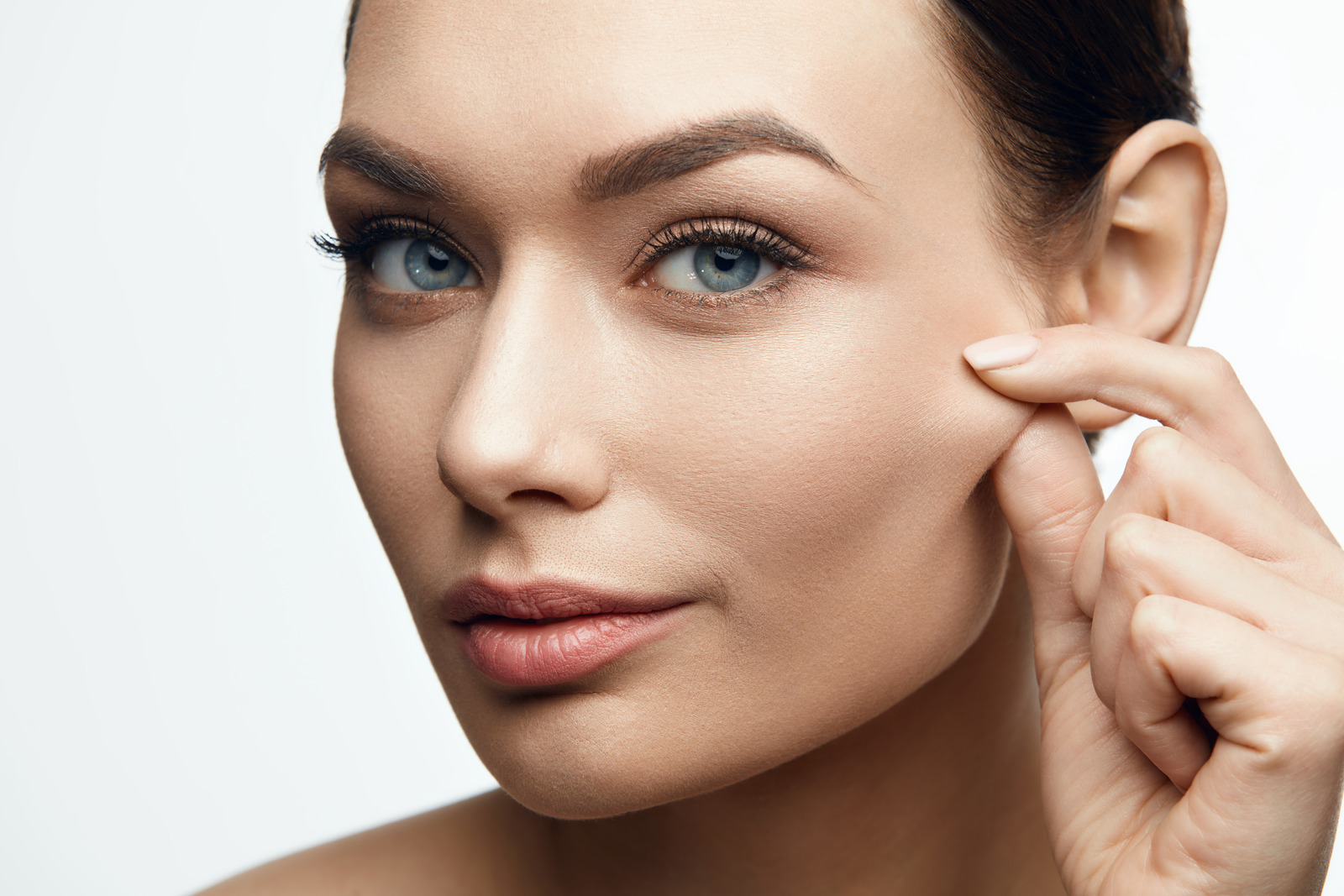 It’s main component is collagen which when degrades it creates bioactive hydrolyzed dipeptides and tripeptides. These molecules are absorbed directly through the gut and they accumulate in the skin. Especially the proline-hydroxyproline dipeptide increases the connective tissues (dermal fibroblasts) movement, stimulates collagen fibers, elastic fibers and hyaluronic acid production. Collagen is also crucial in the health of our bones and joints. Supplements that contain collagen are proven to be beneficial with degenerative joint cartilage and bone related diseases. They decrease joint pain and help with the upkeep of bone density.

The secret of beauty encapsulated

The woman of the 21st century is one that keeps her health on the forefront, this can be seen in the upkeep of a youthful appearance. Nowadays, there are even more challenges women need to face. New and newer responsibilities come along in terms of family, work and social connections next to personal goals and ambitions. In order for a woman to be successful in all walks of life – work, family, social life – it is of utmost importance that she pays close attention to her health and wellbeing.

The energetic and fit inside and the harmonizing attractive, youthful appearance indicates to the outside world that a woman is balanced, trustworthy, a good workforce and can be an ideal partner.

In light of this it is very important for women to have a youthful, wrinkle-free face and to keep their natural beauty for building their careers and for their personal life.

As most women notice the signs of aging through the loss of firm contours of the face, it is especially important to restore collagen in the skin in order to regain some of those contours and have firmer skin. 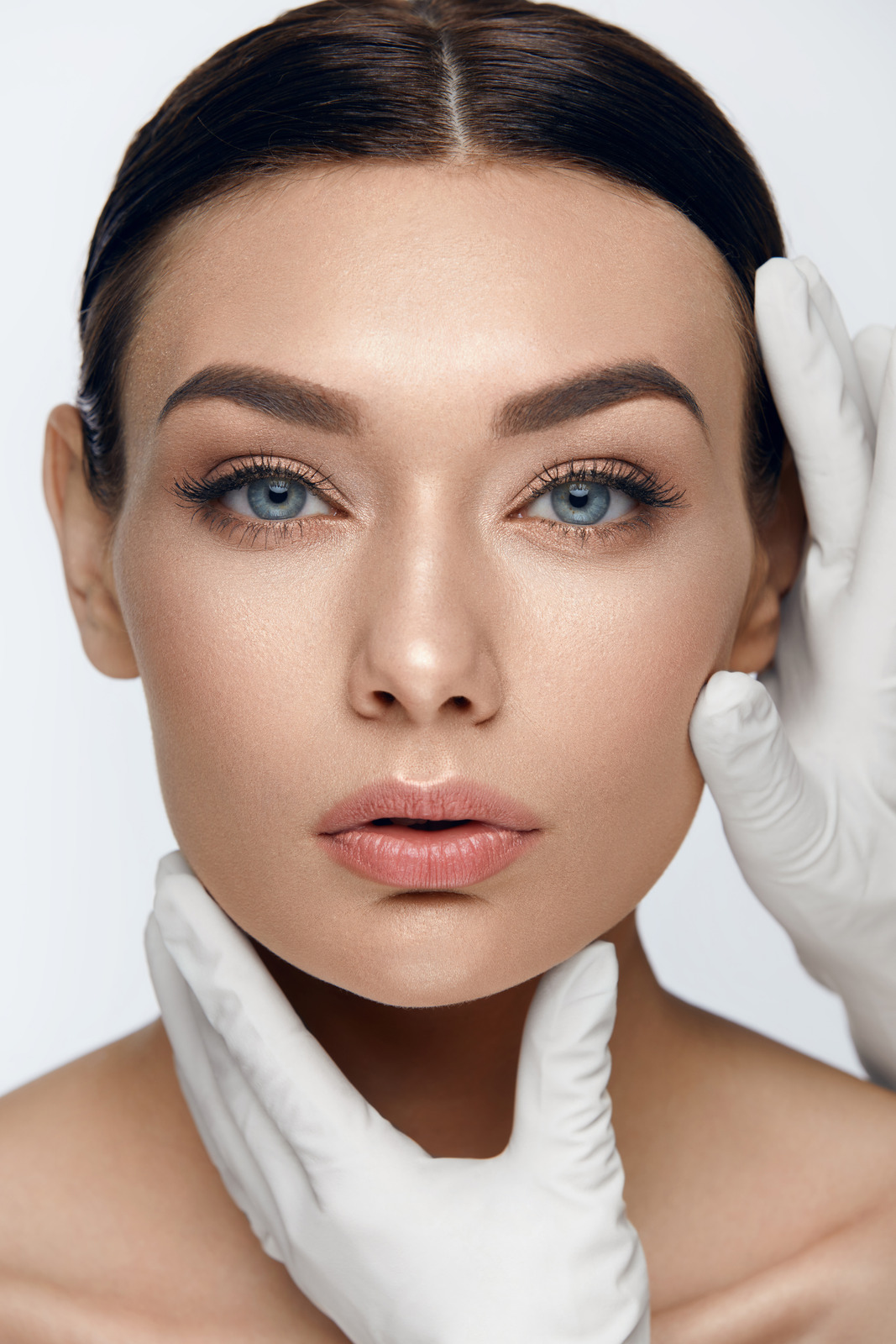 Youth comes from the inside

We now know that in the fight for a youthful look, we need to go deeper than skin; we need to regenerate our system from the inside, to which, we might have to change our lifestyle and the way we think.

The Neoderma® capsule was created in this mindset, it’s components – unique ingredient combinations and concentration – help with slowing down the natural aging process. After a few months, wrinkles can start to disappear, the skin will be more hydrated and firm.

Let’s stop the moving of time!

Don’t let your skin to tell your age!

Hylarunic acid, which is a linear polycharid, is present everywhere within our system, but out of all hyaluronic acid, 50% is concentrated within the skin. Its main functions are water retention and the upkeep of hydration within our skin. With the aging process and due to UVB rays, hyaluronic acid the production decreases. Based on researcher’s findings, consumed hyaluronic acid increases the connective tissue’s main cell’s (fibroplast) production and stimulates those cells to create more hyaluronic acid and collagen, reducing wrinkles and improving the look of one’s skin.

The energetic and fit inside and the harmonizing attractive, youthful appearance indicates to the outside world that a woman is balanced, trustworthy, a good workforce and can be an ideal partner.

In light of this it is very important for women to have a youthful, wrinkle free face and to keep their natural beauty for building their careers and for their personal life. As most women notice the signs of aging through the loss of firm contours of the face. It is especially important to restore the amount of collagen in the skin in order to have a more firm skin. 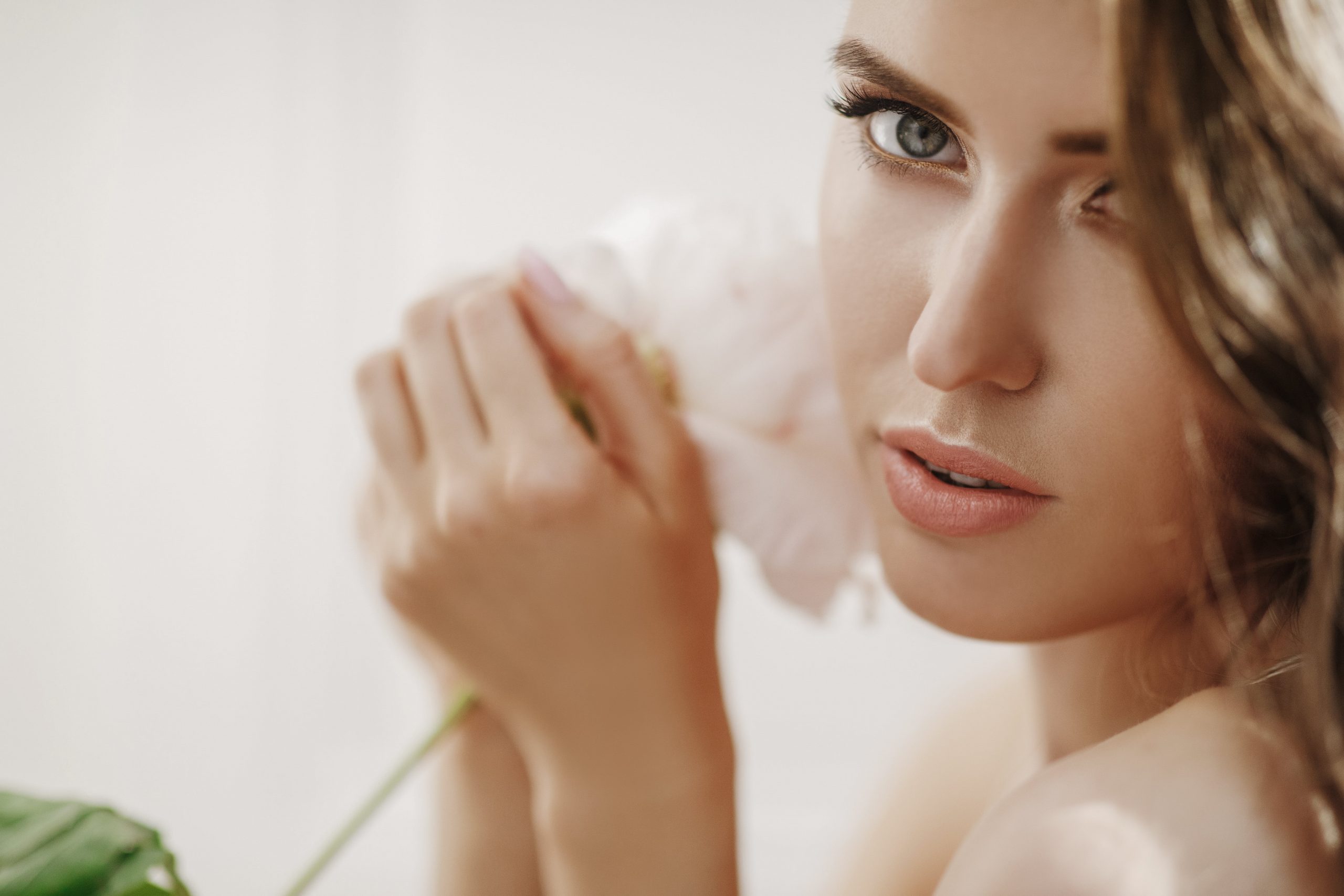 Another main ingredient is pine bark extract, which is a strong natural antioxidant. Next to its sun protecting properties, it helps to reduce hyperpigmentation, improves the skin’s protective layer and the extracellular matrix’s homeostasis. Increases the hyaluronic acid’s synthesis in the skin, increasing the skin’s hydration and firmness.

The Neoderma® capsule moreover contains vitamins. Vitamin C is an effective antioxidant, aiding collagen synthesis, and iron absorption. Next to these, vitamin C helps in healing wounds and with metabolizing drugs.

Pledge of gorgeous skin and hair

OPC decreases hyperpigmentation, and protects from the UV rays negative effect on the DNS. Furthermore, it helps to delay the signs of aging and provides the much needed sun protection in the winter months.

Furthermore, the OPC helps with the state of your scalp and conversely, it improves blood flow to the hair follicles. The combination of hyaluronic acid and collagen hydrates the hair from the inside. 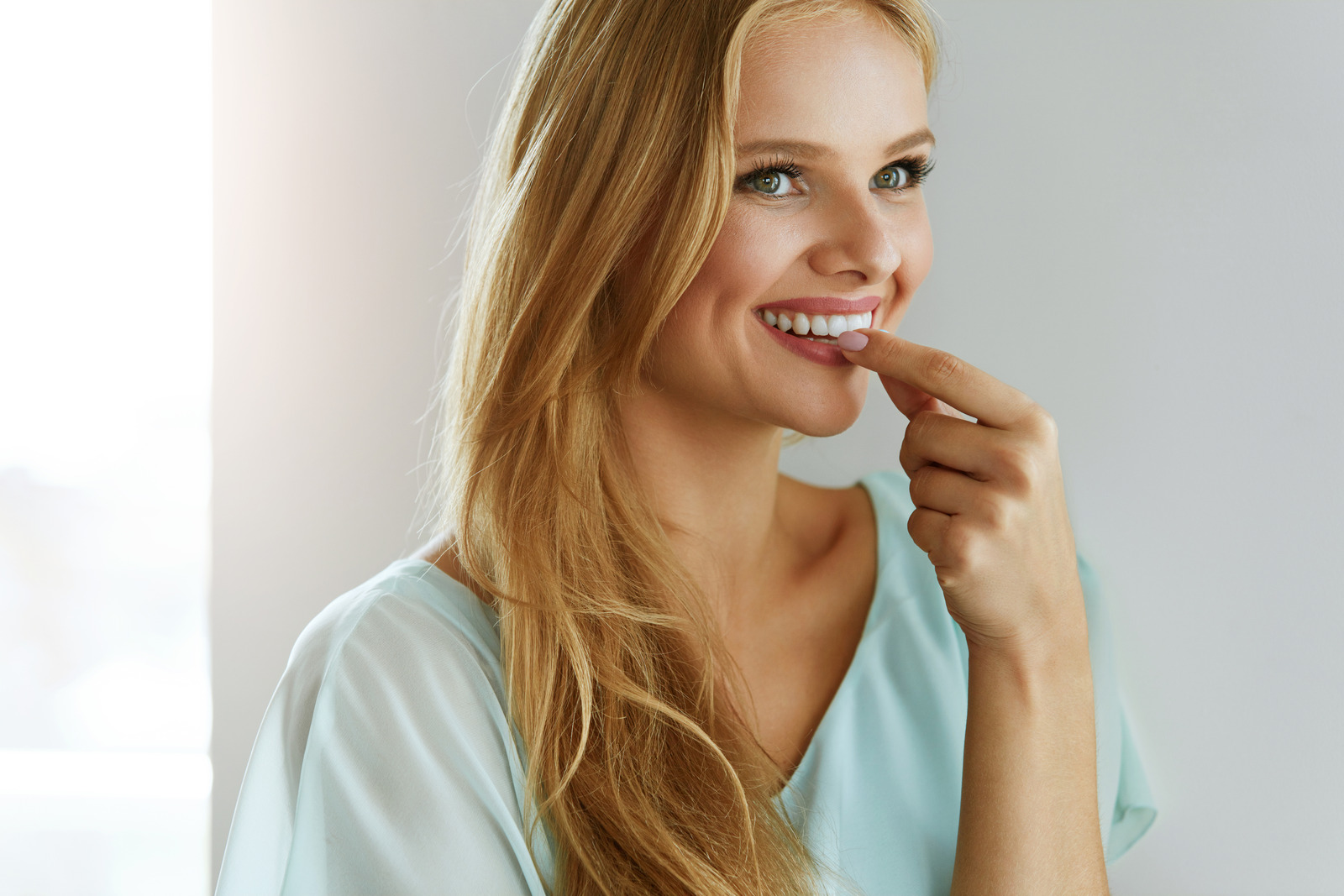 The right vitamin supplement for your skin, enclosed in one capsule!

Vitamin A plays an important role in the growth and maturing of new skin cells. It also aids in healing wounds and the operation of the retina. Vitamin E is a strong antioxidant, inhibits the oxidation of lipids, and helps with the upkeep of cell wall health. Biotin (Vitamin H or Vitamin B7) is an enzime creator in numerous metabolism processes. It plays a role in the amino acid metabolism, cell growth and has beneficial attributes to the growth of healthy hair and nails.

All you need to do for healthy skin

By taking the Neoderma® capsule for 2-3 months, wrinkles will be reduced significantly, your skin will have more elasticity, and will feel more full and hydrated. All in all, it’s appearance will improve significantly.

It is recommended for those who do not wish to undergo plastic surgery and may fear invasive cosmetological procedures. But at the same time, wish to protect and take care of their skin. Furthermore, we recommend the capsule for those that wish to accompany more invasive procedures for longer lasting results.

Today’s woman is one that takes care of herself, and her youthful look and takes care of their health. We created this capsule for them.

Let’s stop the signs of aging! 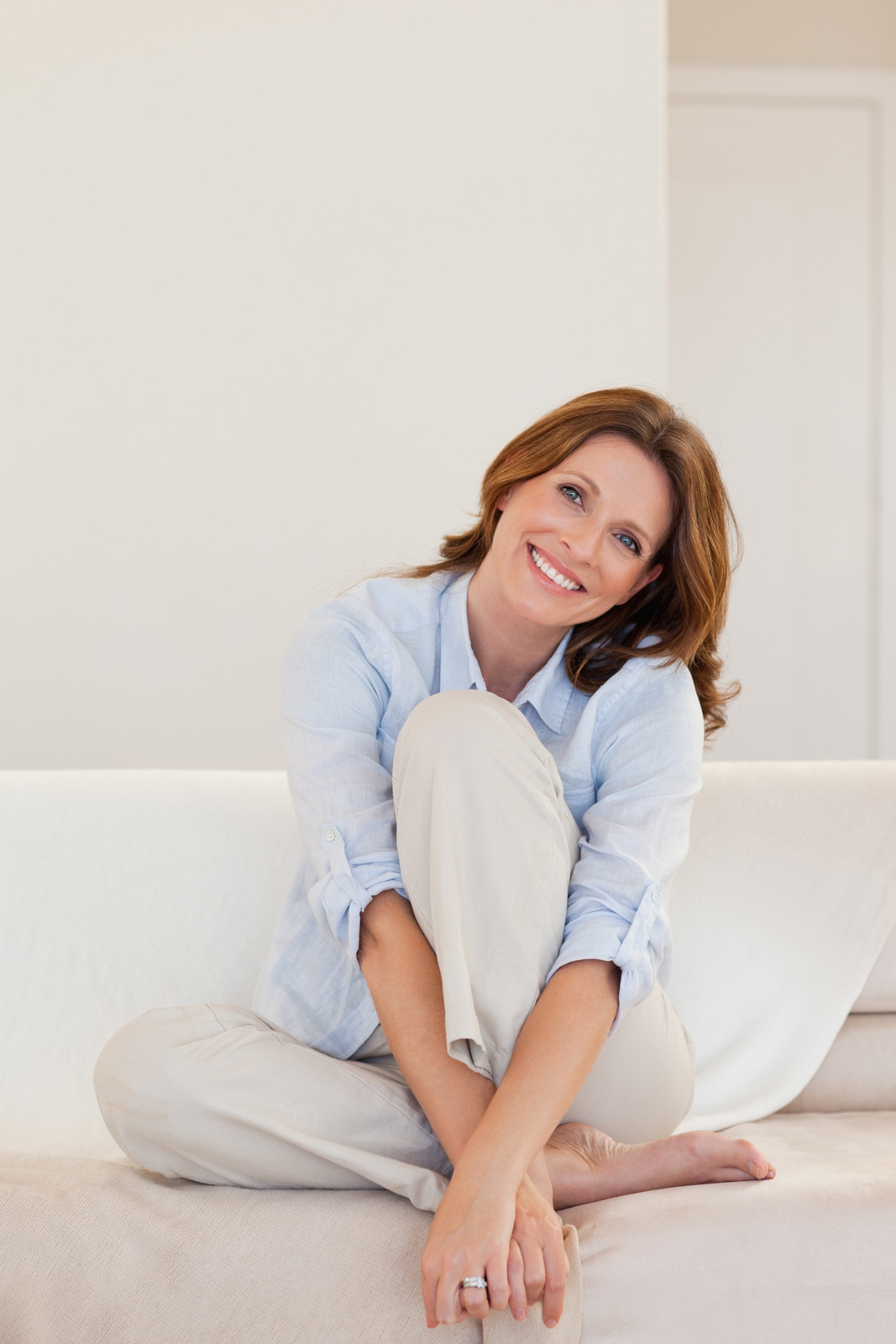 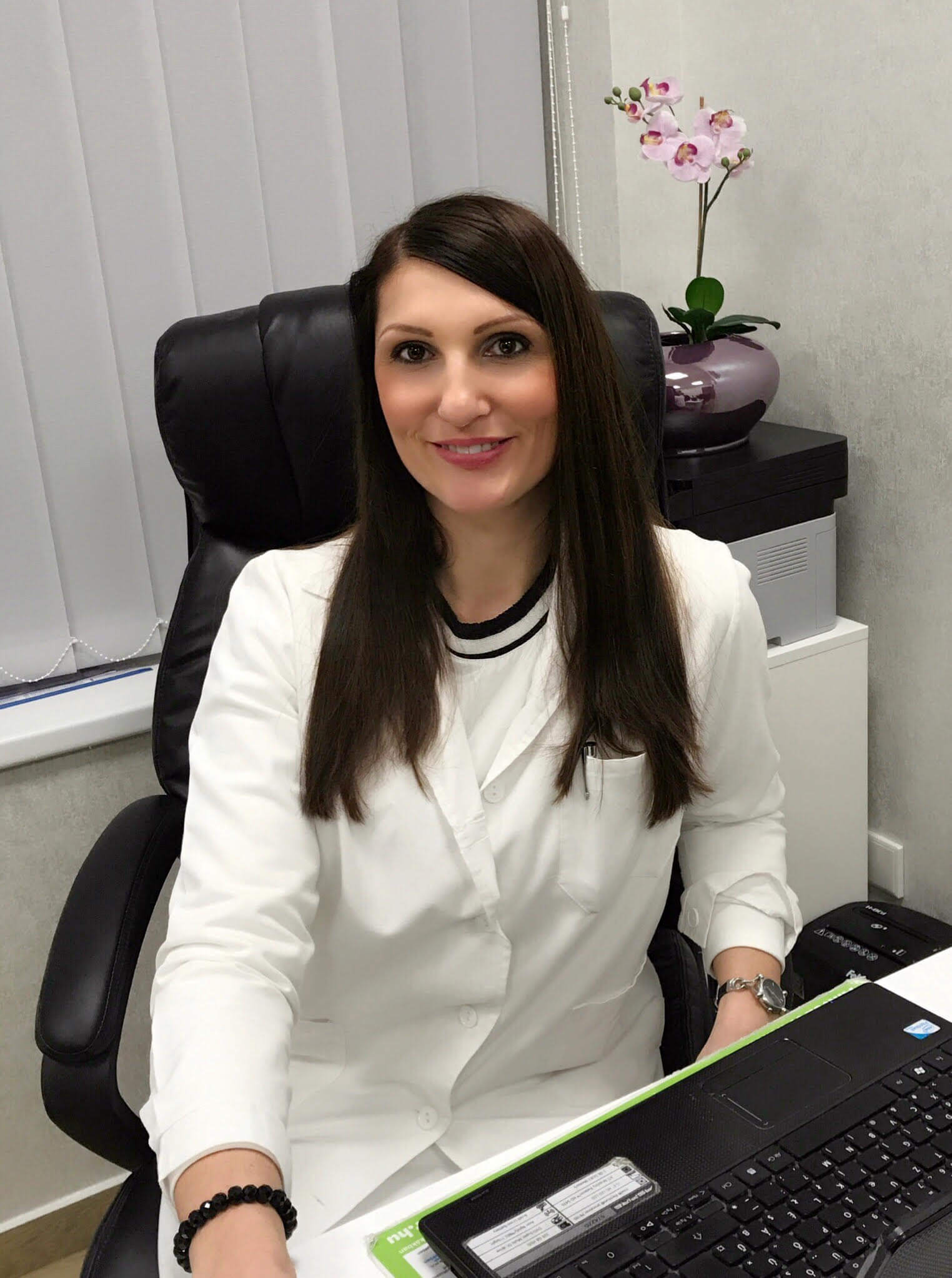 A course of Neoderma® treatment (2-3 months) is expected to reduce visible wrinkles; the skin becomes more elastic, more compact, hydrated, and the quality of the skin improves visibly.

It is recommended for those who abstain from plastic surgery and invasive (needle piercing) cosmetic treatments, but want to protect and improve the condition of their skin, and it is also recommended for those who decide on aesthetic interventions (botulinum toxin treatment, wrinkle filling, thread lift, laser facial rejuvenation, etc.) because the capsule also improves the outcome and lastingness of the treatments.

Today’s sophisticated women, who―keeping up with women―want to preserve their youthful appearance and consciously take care of their health, find the key to success in the capsule.

In the aging process we can differentiate between two mechanisms that are genetically coded within us. We call these intrinsic- and extrinsic mechanisms. 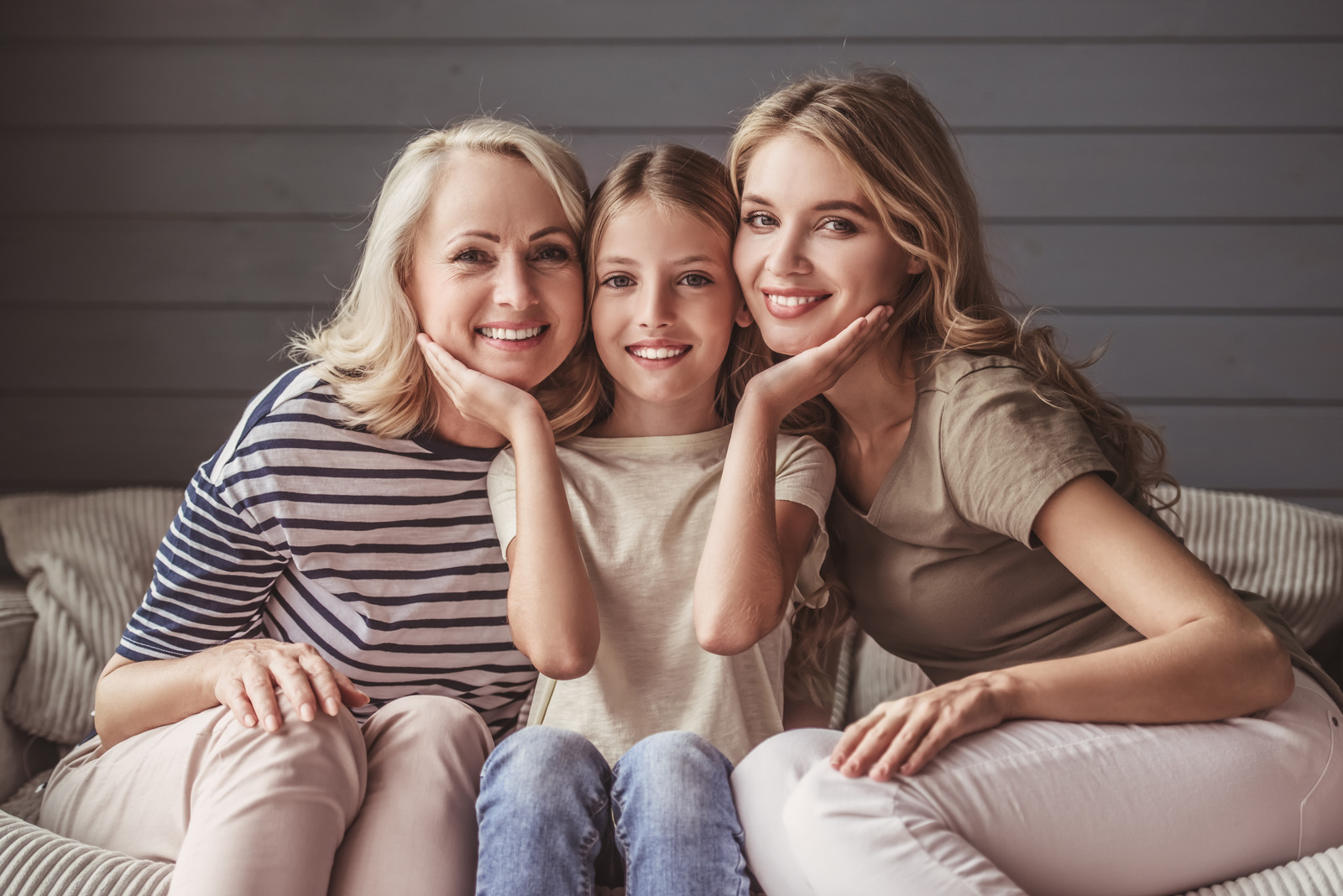 In the natural (intrinsic) aging process the DNS sequence at the end of each chromosome plays a role. The telomere shortens after every division, so the length of the telomere maximizes the amount of cell divisions. Next to this, the genes responsible for apoptosis have an effect in cell-level aging.

Other theories of this process are emphasising the importance of by-products of metabolism, such as the large reaction molecules, such as free-radicals. These have an effect in the cell’s operation, as they are important when communicating with the DNS, cell membranes, and receptors. During the aging process, they prohibit the communication of the aforementioned elements and so play a role in the aging process.

The aging skin has its tell-tell signs, like the gradual appearance of wrinkles, loss of firmness, loss of pigment, loss of hair, grey hairs, slower healing process and the loss of fat tissue under the skin. Everything results in dry, pale, easily hurt skin which can lead to a higher likelihood of fibroids and kerasists.

Protect your skin from harmful effects!

In the extrinsic aging process outside factors gain a footing. Especially the UV rays coming from the sun. Next to this, smoking and stress can be very harmful to your skin.

UVB rays fall into the DNS’s absorption spectrum, hence they can cause harm to the hereditary material and can lead to skin tumors. UVA rays that have longer wavelength harm the cells by creating reactive free radicals. Hence the signs of aging appear first on those parts of our body that is most affected by sunlight.
As a result of UV rays, collagen production reduces, the production of hyaluronic acid reduces in the extracellular matrix and its consistency changes as well. Due to the cumulative exposure to sunlight, pigment spots may appear.

I’ll take care of my skin!

“Ever since I took Neoderma, my skin has been much firmer, more supple and there are fewer signs of fatigue on my face. Lately, I started making a lifestyle change and my skin followed the sudden weight change much more easily. My hair also grows faster. The biggest advantage of the tablet – compared to various powder and liquid collagen formulations – is that I only need to take one capsule of my morning vitamins and so I never forget to take it.”

“I’ve been experimenting with face creams regularly for ten years now, I’ve tried almost everything in all price ranges, but none of them have lived up to their promise. I’ve always thought that skin care from the inside is the most important and since I’ve been taking Neoderma (1 month ago) I’m more sure of this, with my regularly shiny but deeper layers of dehydrated skin, but since I’ve been taking it much more hydrated, my skin has become firmer Externally, I’ve had Bioderma anti-shine creams, but I’ve always had to bring something extra moisturizer, because my skin felt dry. Since I’ve been taking this, there’s been no need for extra hydration so I’ll keep taking it. “

“I’ve been taking it for over a month now and I wouldn’t trade it for anything else. ! “

“The result after a month and a half: firmer skin, healthier skin, invisible pores. What I’m most glad about is that there are no more circles under my eyes. Acne is still not, but nails growing in a crazy way, yes. Very good stuff, it stays.”

“After about two weeks of use, I can’t say anything bad about it, in fact! Unlike other beauty vitamins, it doesn’t cause wolf appetite and not the ingestible gigacapsule size. More importantly, I can finally forget about liquid collagen. It’s also useful, but it tastes lousy, I can never get used to it.This vitamin also contains many, many vitamins and other things that I have bought separately so far.I mean, if I count well, I will do even better financially.And not only is my skin beautiful, but my hoops I also take it diligently. But I recommend it to anyone who cares about prevention. “

You can find out more about which cookies we are using or switch them off in settings.

This website uses cookies so that we can provide you with the best user experience possible. Cookie information is stored in your browser and performs functions such as recognising you when you return to our website and helping our team to understand which sections of the website you find most interesting and useful.

Strictly Necessary Cookie should be enabled at all times so that we can save your preferences for cookie settings.

If you disable this cookie, we will not be able to save your preferences. This means that every time you visit this website you will need to enable or disable cookies again.